I’m frequently asked, “If you’re making money, why are you informing others?” Aren’t you concerned that they’ll steal your income?’ I understand why people ask these questions, and I believe they are asking with the greatest of intentions to protect my income, but their concerns are unfounded because:

Making money through online surveys has become an unimaginable thing. Most people cannot believe that it is possible to make a few dollars, much alone hundreds or thousands, per week.

I make no secret of the fact that I do online surveys to supplement my income, and I want to be completely honest with the rest of you so that you can do the same. I’ve had a couple of questions that have made me wonder.

I do want people to know that they can make money with online surveys, even if they don’t want to – and I don’t believe I’m jeopardizing my prospects of success with paid surveys. So, what made me become a survey reviewer?

Online surveys were the quickest and easiest way for me to earn money.

Now, this doesn’t mean that I don’t have to put work into the surveys I do – I am consistent and honest in my responses. Paid surveys, on the other money, are the quickest and easiest way to make making money online.

The truth is that I wouldn’t do online surveys if I wasn’t paid to do them, and I believe that nearly everyone who makes money from online surveys feels the same way. It’s also adaptable. I could be in any part of the world and still make money by taking online surveys.

I considered launching a Surveys Legit blog purely to make money instead of doing surveys, and it appears that I receive a greater return because I am helping other people at the same time get some free affiliate cash.

So, for me, it’s a straightforward cost-benefit analysis: would I rather watch TV or earn a little dollars? I’ll accept the money because of the debt.

Here’s how to make more money with paid surveys.

Let me take you further on this…

Is it possible to save money while in debt?

It would be fantastic if we had enough money to buy a house, a car, go on vacation, and purchase that new leather jacket we’ve been eyeing. But, regrettably, this isn’t the case.

Most of us are in debt, whether it’s a mortgage, a personal loan, a credit card, or simply owing money to a friend.

Debt isn’t necessarily a negative thing. When debt is essential, such as when purchasing a home, and it is backed by an appreciable asset like a home, most people would argue that debt is a good thing. This is because it allows you to make money in an area where you normally would not be able to.

However, this isn’t the complete tale. There are numerous ways to look at the difficulty of saving money while in debt, in my opinion.

We require financial support. This will continue to be the case unless the world changes dramatically. You’ll need money if something happens in your life – you are sick, can’t work, or your stuff is stolen. This isn’t a hypothetical situation; one of these things will undoubtedly occur at some point in your life.

You’ll have hard money if you don’t have a form to credit, whether it’s through savings, credit cards, or other means of obtaining funds. Savings are essential in this case.

However, you must consider the fees and interest you are paying. What percentage of your income do you spend on your debt? If you have a high-interest payment that you’ll never be able to avoid, such as credit card interest, paying it off should be your top priority. This should take precedence over all other considerations.

A low-interest mortgage backed by an appreciable asset, for example, should provide you greater room to save.

This is a complicated topic, and I’d want to hear your perspectives on it. Do you try to save money when in debt? Please let me know in the comments section below.

FAQs on how to make more money by taking paid surveys.

I have decided to go spend free

At the start of the year, I saw an amazing video about someone who decided to go spend free. This means foregoing all non-essential spending, or spending that had nothing to do with living.

Why would someone want to do something like this? There are numerous explanations for this.

According to the notion, when we buy anything, we get a dopamine rush in our brain, which makes us want to spend more. And it’s a cycle that we’ll never truly break free from.

I thought it was gibberish when I first heard it. I’ve never been one to be very concerned with amassing material goods, so I thought I was resistant to this cycle.

But the more I thought about it, the more I realized that I spend a lot of money on things I don’t actually need.

My key objectives for going spend free, as well as what I’m doing to get there, are outlined here.

Obviously, I will be able to save money by not purchasing non-essential products. Quite a bit, in fact.

It will also cause me to reconsider my purchase choices. Is that cup of coffee truly necessary? What exactly is the goal?

This is beneficial in maintaining self-discipline, which I believe is the most essential aspect of living a worthwhile life.

To cut down on waste.

I’m a person who is acutely aware of my role in environmental destruction. However, I’ve never considered how my purchase choices could be a significant factor. But, of course, it’s understandable.

We are destroying the planet, yet one step at a time, we can save it.

I’m especially hesitant to spend money on even necessary products if it will result in waste.

To achieve the status of minimalism.

The concept of minimalism appeals to me. What do I actually need to live a fulfilling life? It turns out that there isn’t much.

When I spend less money, I actually feel a lot better. It means that the things I do buy have greater meaning for me, even if they are only the absolute necessities.

I’m also being more essential about what qualifies as a necessity, and I’m attempting to purchase things that serve several functions.

Coconut oil, for example, is a favorite of mine. One container provides me with cooking oil as well as shaving cream, moisturizer, and other uses. It’s quite beneficial. This is assisting me in having considerably fewer goods in my home, spending less money, and producing less garbage.

To increase the amount of money donated to charity.

Naturally, I’ll have more money, and the prospect of going money does not appeal to me. I know I could do a lot more good with the $4 I spend on coffee every day. For instance, I could easily feed a youngster for a day. A genuine youngster, just like ours.

Small steps lead to major changes, and I won’t be able to make these adjustments immediately. I’m going to start small and work my way up.

Passive Income: 20 Ways to Make Extra Money On The Side 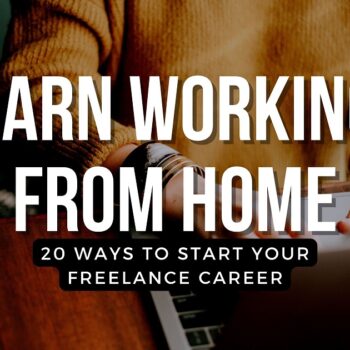 Passive Income: 20 Ways to Make Extra Money On The Side 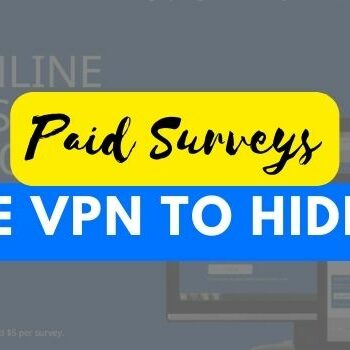