If you’ve ever taken an online survey, you’ve undoubtedly encountered a circumstance in which you were unable to complete it.

You may have seen a dreadful message that looks something like this at the start, middle or even end of a survey:

This survey is now closed.

Why can’t you always complete online surveys, and why do they sometimes ‘close’ when you’re in the middle of them? What exactly is the cause of this all-too-common issue? Let’s have a look:

Most Common Problems During a Paid Survey

Online surveys are no exception. Virtually nothing works properly 100 per cent of the time on the internet.

Whether a survey panel is having technical difficulties with their website, survey software, or a specific survey, technological issues do occur.

If you’re completing a survey and these technical mistakes occur, there’s not much you can do except try to retake the survey or contact the survey provider to explain your troubles and request at least partial compensation.

The survey is closed

This is also an unfortunate case in which enough replies were collected while you were doing the online survey, and the researcher either manually ‘closed’ the survey or the survey software automatically closed it off.

When you start completing a survey, there is usually no warning or sign that it is nearly complete (although a few select sites do share this information with their survey takers), thus it might be impossible to tell whether the survey you just clicked on is 98 per cent full or 5% full.

If this happens to you, you can chalk it up to bad luck. Sorry!

Your demographic bucket is now full

Similar to the example above, if enough persons in the same demographic bucket as the researchers were looking for submitted enough responses, you may be abruptly removed from a survey.

For example, if a study requires a 50-50 split of males and females and you are disqualified as a female, the survey may still be available to men.

You’ve been disqualified from survey

Disqualifications are a pain, especially when surveys are badly constructed and ask qualification questions towards the end rather than the beginning (a big no-no in market research that wastes everyone’s time).

Even a well-designed survey will ask a few qualifying questions, and you will be unable to complete it if you do not fit the study’s criteria.

GOOD NEWS: These survey sites pay if you get disqualified from completing surveys:

Tip! Complete ‘profiler surveys‘ available in your survey panel account to reduce the number of times you are disqualified from surveys.

You triggered a block

Although the majority of respondents (survey takers) are truthful and human, some are dishonest, and others are bots.

Because these dishonest people and bots muddy the data that researchers want to acquire via online surveys, researchers take steps to prevent them from participating in studies.

If you’re filling out surveys with form filling software, using a VPN or other type of proxy, or racing through them with low-quality responses, you can be blocked from taking them.

If you aren’t using any suspicious software and are giving sensible answers in your surveys and your account is blocked, contact the survey panel as soon as possible to resolve the issue.

What to do when you can’t complete a survey?

Sometimes the message you receive while attempting to take a survey (but being unable to do so) will explain why you were unable to do so. Let’s have a look at common survey errors:

Sorry, you do not qualify for this survey: This could indicate is that either you didn’t match the qualification criteria or you were blocked.

Sorry, this survey is no longer available: What this could mean: It could be a technical error, the survey could be closed, you could have been disqualified, or you could even have been blocked.

You might be able to figure out what happened when you were kicked out based on the text of the message.

There’s not much you can do once a survey has closed or received enough responses.

If you can tell when a survey first became accessible (for example, by checking your email), be sceptical of surveys that have been open for more than a few days for future survey completions. It could indicate that the survey is tough to qualify for or that it may close at any time.

Survey disqualifications and how to deal with them

Check to determine if the profile surveys in your survey panel account have been completed if you are disqualified from a survey.

If not, complete them to see if your survey credentials improve, or sign up for survey sites that pay you if you are disqualified, so you can at least get paid for your time.

Perhaps the browser has some issues

If you’re using any ad-blocking or form-filling software, make sure you turn it off while taking surveys.

Although form filling software is useful when signing up for a survey panel, it might present issues when it comes to conducting actual surveys.

Be aware if you’re acting desperate.

If you’re desperately trying to qualify for multiple surveys (saying ‘yes’ to everything like being in the market for a new car, wanting to buy a new house, and wanting to travel the world for a year), or if you’re trying to get through a tedious survey and becoming inattentive, you may be flagged as exhibiting ‘desperation behaviour’ by a survey panel’s system.

It’s something to be mindful of as a survey taker. Take a break or come back to it the next day if you’re getting upset with surveys.

Although the majority of online surveys you attempt to take will either allow you to complete them without difficulty (or will swiftly disqualify you), you may still find yourself unable to complete a survey for an unknown reason.

Hopefully, the points above shed some light on why you could be having these problems, why they occur, and what you can do about it. 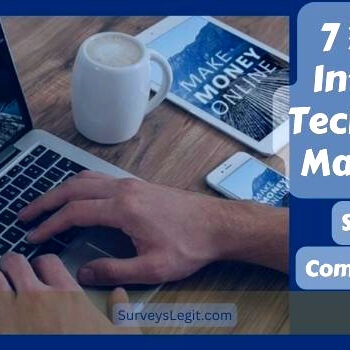 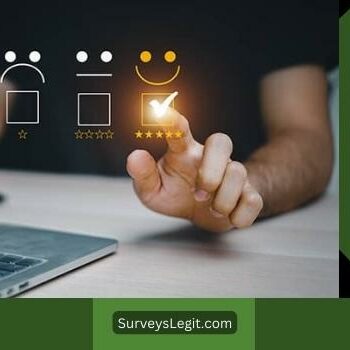